Home Blog What to do in Montjuic

What to do in Montjuic

Being the birthplace of the city Barcelona, Montjuic Mountain is one of the most important places in the city that offer a great diversity of activities you can do, being delighted with the breathtaking panoramic views of the city. At our beautiful boutique hotel, we’re very lucky to be located at its foot in Parallel–Poble Sec, with direct access to the teleferic or a short stroll to the main sites this mountain offers.

Have you been looking  to visit Montjuic´s attractions but don’t know where to start? In this entry we point out everything you need to know about what to do in Montjuic.

This guide will contain information about the following attractions:

Things to do in Montjuic

Poble Espanyol is an open-air museum-like village that was created in 1929 for the International Exhibition. It represents reproductions of 117 monuments of the different regions in Spain, with the architecture of the diverse provinces. The charming pedestrian avenues, passageways, churches, and houses are gathered around the main square, and guests are enchanted by the poble´s gardens, fountains, and monastery.

It can be seen as a workshop museum, since there are different things that provide guests to observe and purchase traditional products, including glass, textiles, prints, and pottery. Furthermore, throughout the whole village are cultural performances, and there is also the possibility to make jewellery, basket weaving, and stained-glass design classes. You will definitely not be bored when visiting, since there are many things to do and watch. Going here will leave you with an enthusiastic feeling of all the things that are going on. 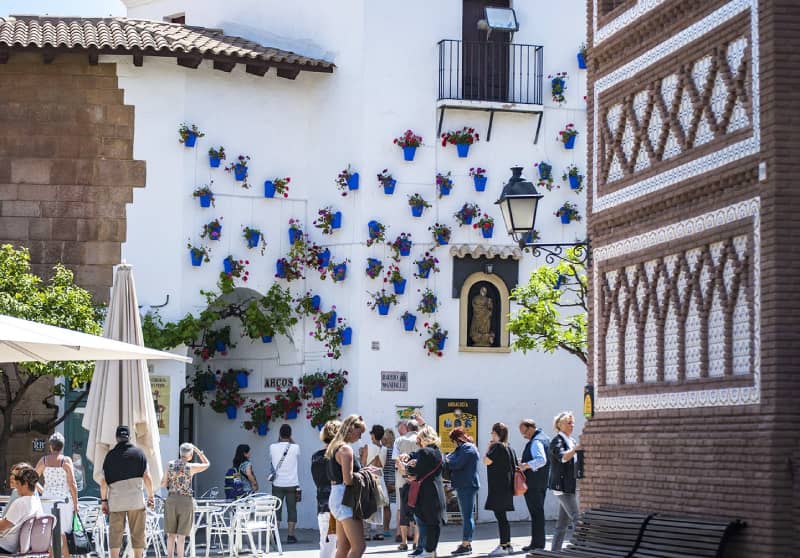 The MNAC, Museu Nacional d’Art de Catalunya is located, near Plaça Espanya at the end of Avinguda de la Reina Maria Cristina. Also known as Palau Nacional de Catalunya, this is a museum of local Catalan art, situated on the foot of Montjuïc. There are many collections, such as renaissance, gothic, romanesque, and modern designs from the late 19th and early 20th centuries, so there is enough to see.

The special highlights of the museum are paintings by famous Catalan- and other Spanish artists, such as El Greco, Francisco de Zurbarán, Ramon Casas, Julio González, Salvador Dalí, Pablo Picasso, and there is even some furniture from Antoni Gaudí. In 1934, the building in which the museum is located was renovated, and in 1992 the Oval Hall was reopened for the Olympic Games. It is one of the largest museums in Spain.

The Montjuic Castle is an important monument in the Catalan history definitely worth a visit due to its history and location. In 1641 during the Catalan revolt, the Spanish were defeated by the Catalans at the battle of Montjuïc. Fifty years later as a monumental building, it became a castle.

The total top area of Montjuïc Mountain is covered by the buildings and grounds of the 17th-century former military fortress, and the castle is decorated with multiple large-caliber guns that were used to guard the harbor area on the left side of the building. On the highest level of the citadel, there is a 360-degree view of the surroundings. The panoramic viewpoint provides you with views of the city of Barcelona, the mountains, the port, and coastal line. Having multiple things to offer, it definitely makes it worth visiting. 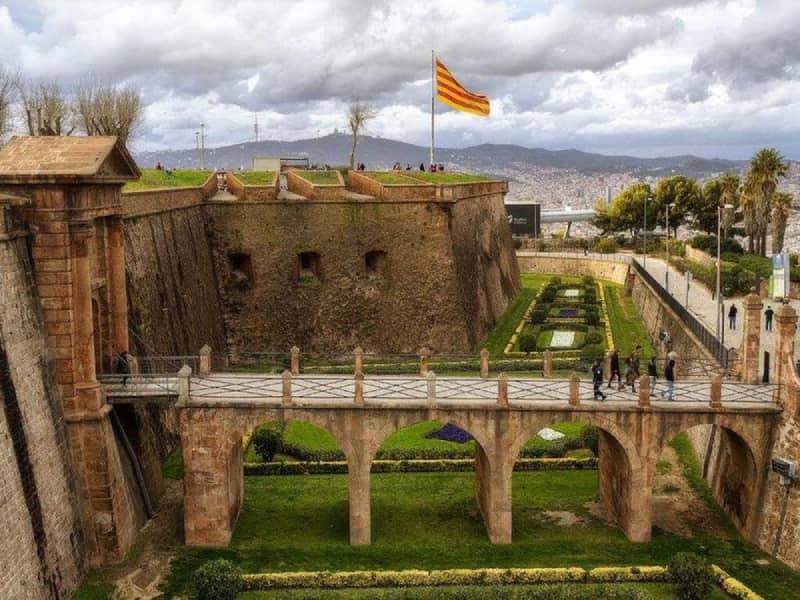 Just before the Museu Nacional D´Art de Catalunya, the Magic Fountain of Barcelona is located. Here, a spectacular show with a combination of light and water can be seen while strong, instrumental music is playing in the background. With more than 7 billion possible combinations, 3.620 hydraulic valves spew water and 4,000 lights light up the fountain for spectacular 15-minute light shows. The fountain is an impressive 50 by 65 metres, being enormous when looking at it. The shows are held in the summer every Wednesday to Sunday, and in spring, autumn, and winter it is open every Thursday, Friday, and Saturday. (But pay attention, in winter it is closed from January to mid-February) 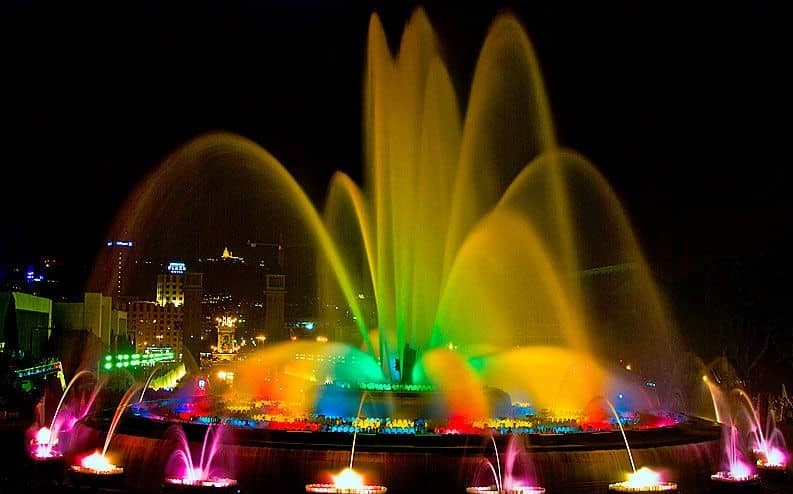 The big square of Plaza España lies at the foot of the Magic Fountain Barcelona. It is the main traffic point of the west side of the city, so it’s always busy. In the centre of the square, there is the neoclassical fountain Espana Ofrecida a Dios, which was, as many of the monuments in Spain, created for the 1929 International Exhibition. The fountain represents the seas around Spain and the many rivers from the country. The fountain is made from marble, with the main structure of columns and statues with a height of 33 metres. On the other side of the fountain, on the sidewalk, there are two towers from which the Aviguda de la Reina Maria Cristina leads to the Font Magica of Montjuïc and the MNAC. The plaza has many things around it that also definitely makes it worth a visit, even though the square itself is already a spectacle. 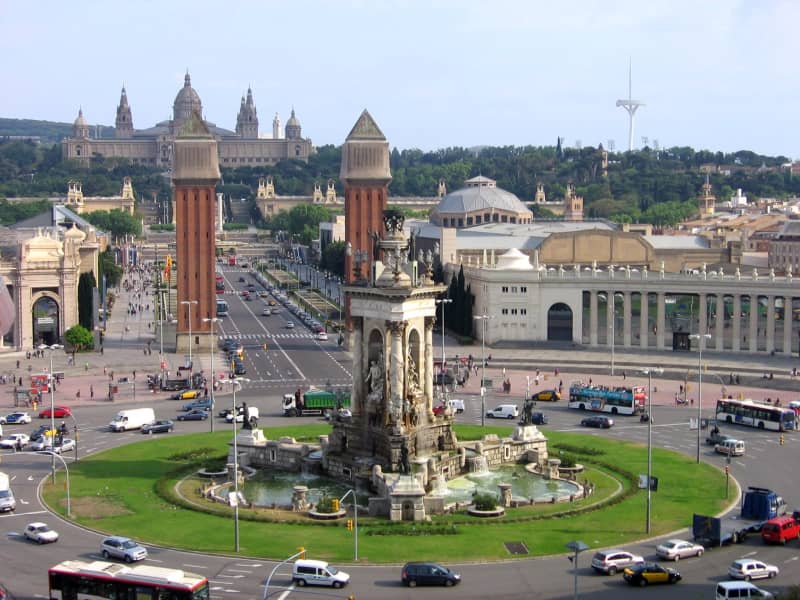 Joan Miró i Ferrà was a Spanish painter, sculptor, muralist and ceramicist born in Barcelona. In his honour, the Joan Miró Foundation was established and dedicated to his artworks on the Montjuïc mountain. The Joan Miró Foundation is a building that was set up as a point of inspiration for the contemporary art movement. The museum shows a collection of approximately 14,000 of his artworks, with impressive abstract paintings. As the true Catalan that he was, he tried to paint the national body in his paintings and sculptures. 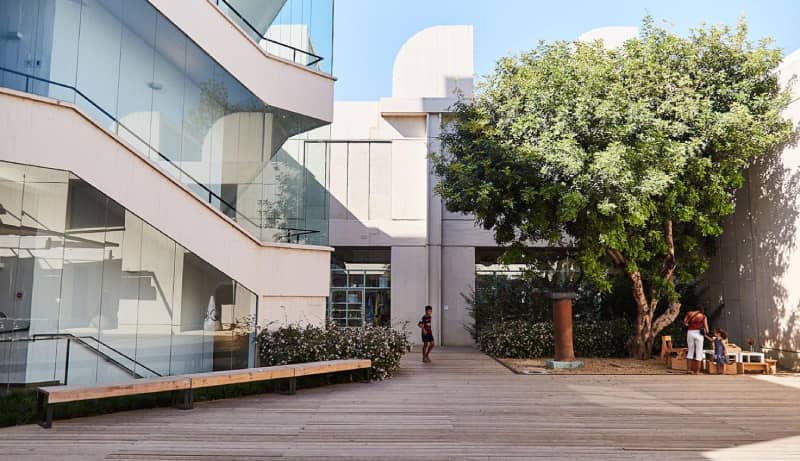 Palau Sant Jordi is the largest indoor arena in Spain. It is an indoor sporting area and it is part of the Olympic Ring complex that is located on Montjuïc. It was opened in 1990, and has a seating capacity of 17,960 seats. It was one of the main venues of the 1992 Summer Olympics for the sports of artistic gymnastics, handball, and volleyball events. Today it is used for indoor sports and for concerts and other cultural events, due to its flexibility and capacity. 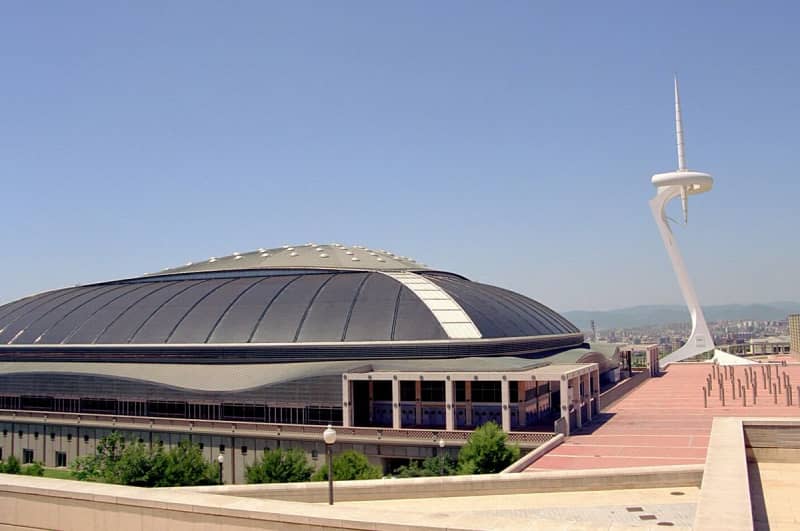 The Olympic Stadium of Barcelona was built in 1927 for the 1929 International Exposition of the city. It was renovated in 1989 for the 1992 Summer Olympics and Summer Paralympics. It is enormous, as it is the 5th-largest stadium in Spain, with its capacity of 60,713 seats. Next to the Stadium is the Olympic and Sports Museum. In this museum, you can see into the world of Olympic athletes and competitive sports. Furthermore, the museum shows visitors the positive aspects of sports through events and exhibits. If you like sports, this is definitely worth visiting. 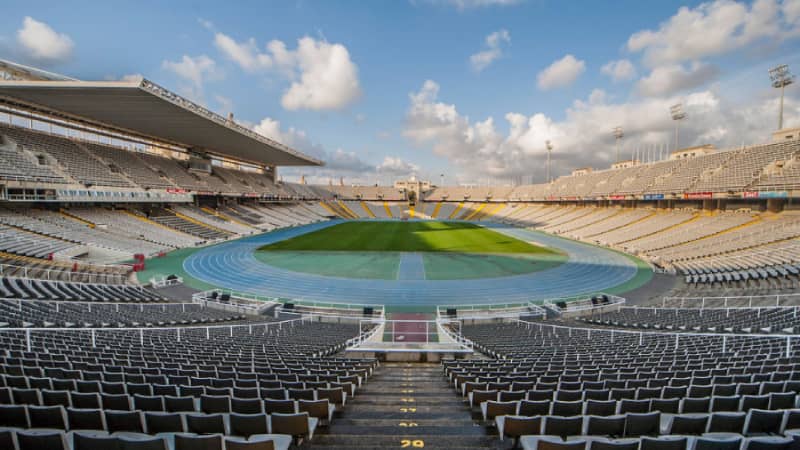 The Botanical Gardens of Montjuïc offers 1500 Mediterranean plant species since the opening in 1999. It offers activities all year around, especially for children that are within the age group of 7-14 years old. This is a good place to learn about plants and the environment, but also to enjoy and appreciate the garden which is 14 hectares big, being divided into six zones. The garden is believed to be one of the lungs of the city. 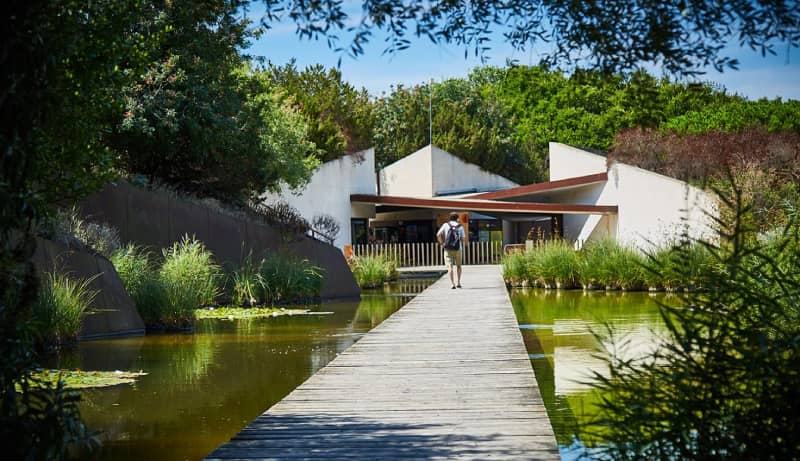 Prior to getting on the cable car, tickets must be bought at the ticket service station. The cable car is widely used to go to the Montjuic Castle, to during the ride, enjoy the spectacular view of Barcelona from a bird’s eye view. As it takes you to a beautiful touristic castle AND it is a whole attraction of its own, taking the cable car on a bright and sunny day is always a good idea. 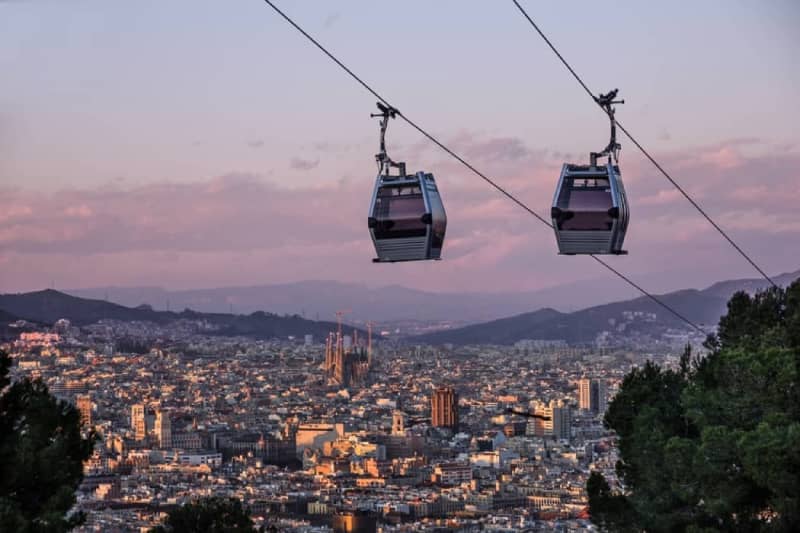 Where to stay when Visiting Attractions in Montjuic?

Now that you know where to go while visiting Montjuic in the beautiful city of Barcelona, the next thing you want to figure out is the accommodation. One of the best things that our boutique hotel has is its location, in the trendy Poble Sec neighbourhood, which is just at the foot of Montjuic mountain. Not only do we benefit from being close to this mountain but as well we’re close to the old town and the city centre, the reason why our location is very convenient.

We hope you enjoy your visit to Barcelona’s green lung, sports hub and cultural heart and your journey becomes the most memorable of your life.