The Barcelona Olympic Stadium, or Estadi Olímpic de Montjuïc in Catalan, can be found in Barcelona on Montjuic Hill, and it is one of the many attractions you can visit on the mountain. It has a rich history, and it is still open up to this day. When wanting to stay around the area, our boutique hotel is only a 15-minute walk away! Are you already interested in the Barcelona Olympic Stadium? Then scroll down and keep reading!

Today we will cover:

The History of the Olympic Stadium Barcelona

The Montjuic Stadium was officially opened on May 20th 1929, after being designed by Pere Domenech i Roura for the 1929 International Exposition held in Barcelona. After the opening, Spain’s first official rugby international game against Italy was held.

In the fifties, the stadium was the centrepiece of the 1955 Mediterranean Games, and in 1957, hosted the only national football cup final between FC Barcelona and FCB Espanyol.

The stadium was renovated in 1989, and three years later, it hosted the opening and closing ceremonies and the athletics competitions of the 1992 Summer Olympic Games and 1992 Summer Paralympics.

Later from 1997 until 2009, the stadium served as the home of the football club RCD Espanyol, as the old football club stadium was demolished and they were building a new one. The team made its last appearance at the Montjuic Olympic Stadium during the 2008-2009 season as the club moved to their new stadium in Cornellà. 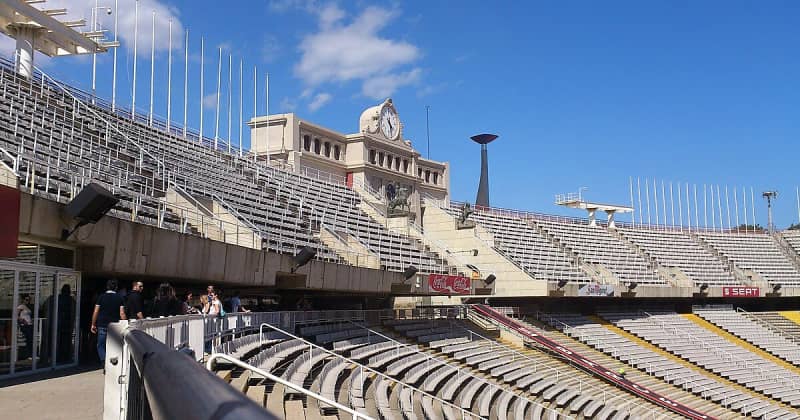 The 1992 Summer Olympic Games were held in the Lluís Companys Olympic Stadium. With the capacity of 60,713 seats (67,007 during the Summer Olympics), the Montjuic Stadium is the fifth-largest stadium in Spain and the 2nd largest in Catalonia Province.

after the fall of the USSR, and after the Apartheid regime ended. Furthermore, there were 9,300 athletes representing 169 countries, and for the first time in three decades, there was no boycott.

Nowadays, the stadium is used as a venue for concerts and sports events. The stadium hosted the most important music acts of the past 20 years, and many famous artists have performed there, such as The Rolling Stones, Bruce Springsteen, David Bowie, U2, Madonna, Beyonce, Michael Jackson, Tina Turner and Coldplay. The stadium also hosts football events and athletic events. 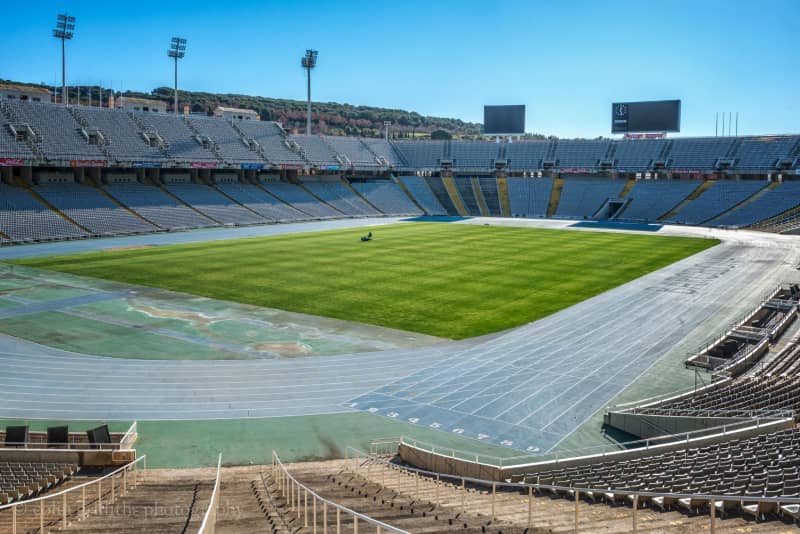 The Olympic Stadium Barcelona is open for visitor and tours, and these are the opening hours:

The Olympic stadium is free to visit, but for the Olympic Museum, admission prices need to be paid:

The Olympic Museum is located next to the Olympic Stadium. When going by metro, you can take the L1 or L3 to Plaza España. By bus, you can get in on lines 55 and 150, which stops at 400m at the museum. With a tourist bus, you can take the red line, which stops 25 metres before the museum. The museum doesn’t have a car park, but you can always try to park on Avenida del Estadio.

How to get there?

The stadium is located in the Anella Olímpica, the catalan name for Olympic Park, in Montjuic. The address to the Olympic Stadium Barcelona is Passeig Olímpic, 15-17. There are many ways to go to the stadium:

You can take the metro to the Espanya station on the red line 1 or the green line 3. Then, you can walk from the metro station Espanya up towards the MNAC museum. The Olympic Stadium is up on the hill, behind the right side of the MNAC palace, so you can take the outdoor escalators to go up the hill. From there, you can just follow the signs and the crowds. From the Espanya metro station, it is a total 15-20 minute walk.

Also, you can take the metro to the Parallel station on the green line 3. From there, you can take the Montjuic Funicular in the same metro station, and take it up to Montjuic Hill. With your back facing the exit of the funicular station when you exit, you can turn right, walk along the Av. de Miramar down to Palau Sant Jordi and the Olympic Stadium. The walk will be approximately 15 minutes.

When going by bus, you can take bus line 55 to Olympic Stadium on Montjuic Hill. Other buses to the Olympic area are 13, 55, 125, and 150. The stop on hop-on-hop-off bus tours is Anella Olimpica.

When going by car, there are 5,000 parking places in the underground car park next to the Olympic Stadium under the Palau Sant Jordi.

Are you already interested in visiting the Lluís Companys Olympic Stadium? We hope that we have provided you with enough information. If you want to stay in the city for multiple days, the boutique hotel of Casa Vaganto is conveniently close to the area of Montjuic in the Poble Sec neighbourhood.

We hope we have informed you enough about the Lluís Companys Olympic Stadium and be part of your journey!