Sunbathing at the Olympic Diving Pool Barcelona is one of the best plans on a hot and humid summer day in Barcelona. The Montjuic Olympic pool offers amazing and spectacular views over the city since it is located in the Barcelona Olympic park, on Montjuic Hill. If you happen to stay in the boutique hotel on Poble Sec, then is only 15 minutes away by foot. Grab your swimwear, sunscreen and towel and keep reading for the best summer activity in town.

In this blog about the Olympic diving pool, we will cover:

The Olympic Diving Pool Barcelona , or in Catalan, Centre Esportiu Municipal Piscina de Salts Montjuic (CEM) is a diving pool that was designed by Antoni de Moragas. It has a stand capacity of 4,100 visitors and it allows you to take a swim in the summer and spectate the panoramic views of the city of Barcelona. The pool only opens in summer for swimming, and the rest of the year is closed. The Olympic diving pool was designed as a competition pool, so it is not part of the sports center and there are no fitness facilities. The venue consists of two swimming pools, a pool for diving and a 25m outdoor pool. 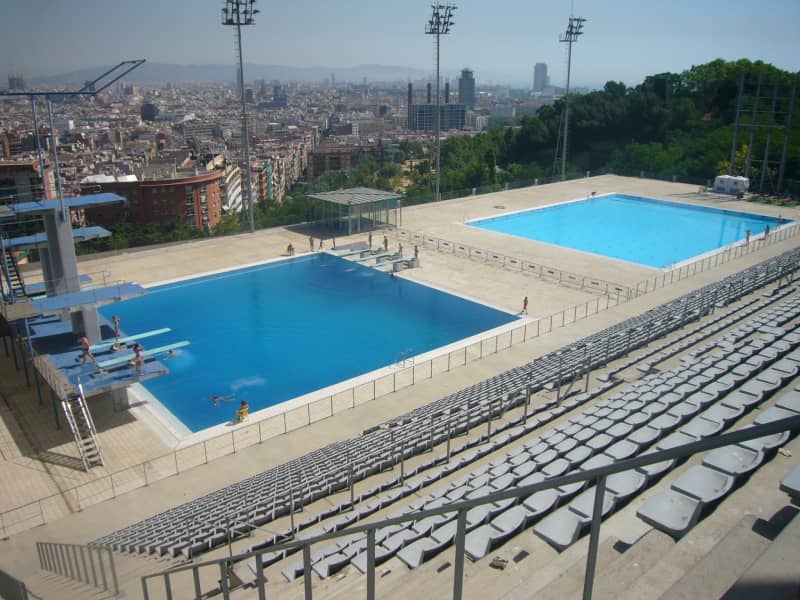 The venue, which used to consist of a single 50 metres pool, was opened in 1929 and it was refurbished in 1990 to host the swimming events for the 1995 Mediterranean Games. During the refurbishment, work began for the 1992 Olympic games. For this, two current pools were built and temporary grandstands were installed, increasing capacity to 6,500 spectators. In 2003, the venue hosted the diving events of the 2003 World Aquatics Championships. It played the same role for the 2013 World Aquatics Championships, since Barcelona repeated as hosts.

The swimming area is open only in summer from June to the end of August from 11 AM to 6.30 PM. Sunbeds can be rented but it is recommended to bring a thick towel to lie on, in case there are none available. There is a small pool-side kiosk, where you can buy food and refreshments. The rest of the year is not open to the public, just open for practice sessions, closed groups, and competitions. However, you can still see the pool from the top as there is a bar that allows you to enjoy the views and watch the sunset over the pools from there. 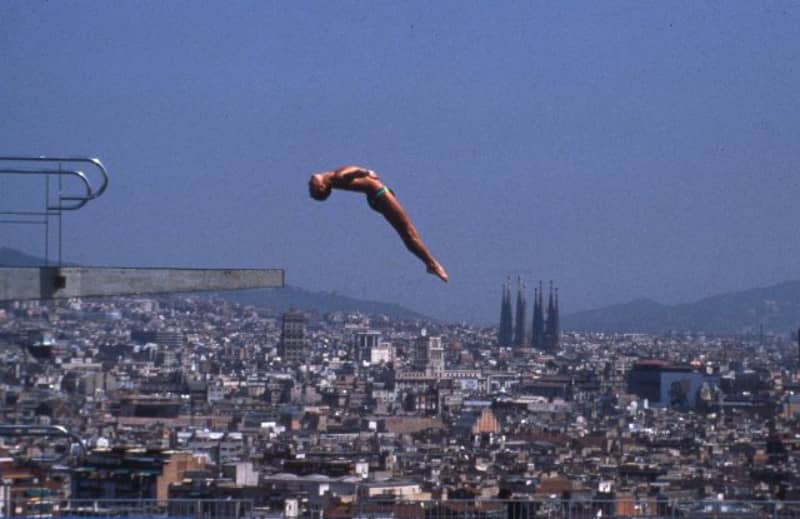 The ticket sales stop at 17:30, one hour before closing time.

*Opening times can vary each year. Sometimes it is closed for competitions or practice sessions.

How to get there?

You can take bus line 55 to go up to the Olympic diving pool.

You can take line 3 (the green line) by metro to the Parallel station, and from there you can take the funicular train to the funicular station on Montjuic Hill. From here, you can cross the street and then you arrive at the Olympic diving pool. 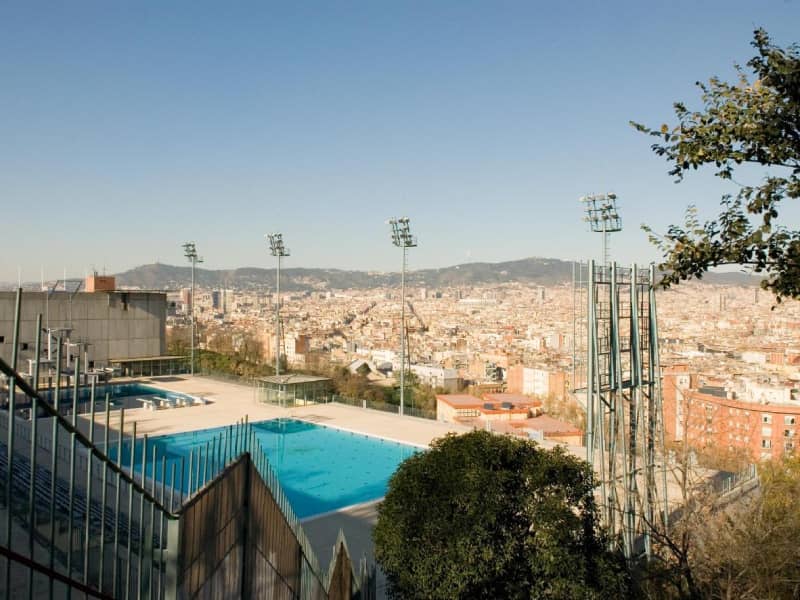 The water in the swimming cool is the perfect temperature to cool off in summer. We hope you are already excited to go to the Olympic diving pool. Since our boutique hotel is only 15 minutes away, this would be the perfect place to stay and to relax before- or after a swim.

We hope you enjoy your trip and be a part of your stay!