The Montjuic Castle, or Castell de Montjuïc as it is said in Catalan, is an important figure in the Catalan history. It lies on top of Montjuic hill, a mountain that offers a great variety of sights and activities to do in Montjuic. Around and on the mountain, you can find as well restaurants, bars, beautiful gardens, informative museums, and different accommodation options like the beautiful Casa Vaganto boutique hotel. If you are curious about the great castle, then keep reading and be allured.

In this entry, we will go over:

The Montjuic Mountain itself played an important role because of its strategic location by the sea and nearby and an important river communication channel. It was the birthplace of the city of Barcelona.

The foundation stone of the Montjuic Castle of Barcelona was laid in 1640. In January 1641, the fortress saw its first battle during the Catalan revolt when Catalonia battled Spain´s authority. The king of Spain with a huge army of 26,000 men crushed the revolt. Later, the Spanish were defeated at the Battle of Montjuic by the Catalan, led by Francesc de Tamarit.
Fifty-three years later, in 1684, the military fortress became a castle.
In 1751, the castle was demolished and rebuilt by a Spanish architect and engineer, creating the current structure that is still known to this day, and the final shape took form in 1799.
In short, in the last 350 years the Castle of Montjuic has played a great role in the Catalan history, and the history of Barcelona. Since it was built, the castle has been used as a prison, a torture centre, and as it is now, a military armor museum and monument.
On the highest level of the citadel, there is a 360-viewpoint of the surroundings which will leave you impressed by all the things that can be seen. 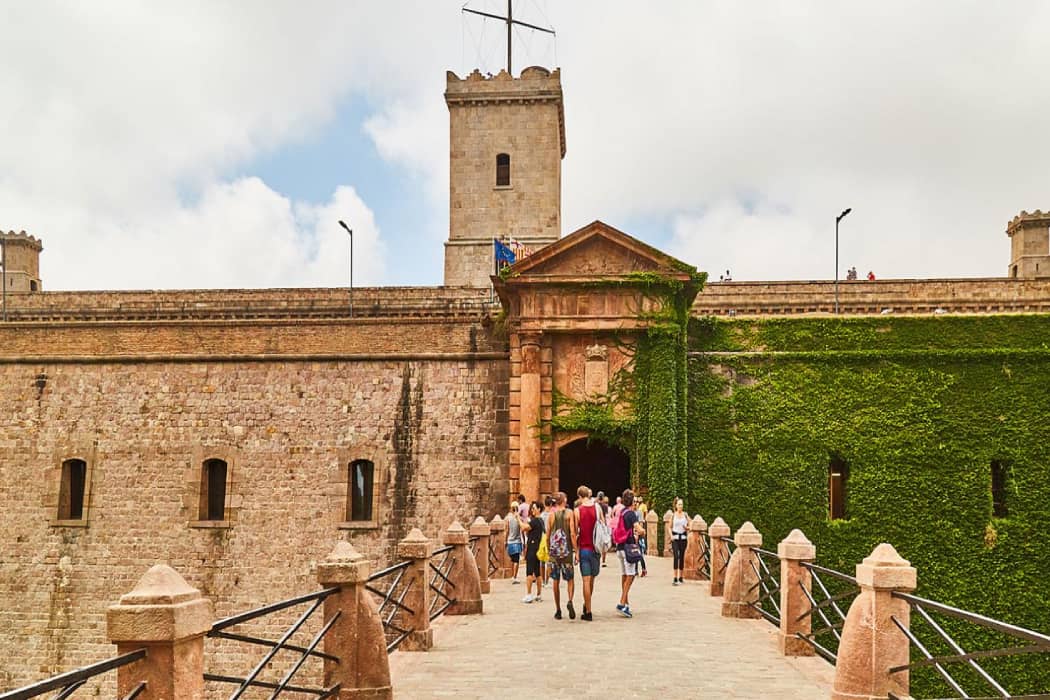 Montjuic word means ¨Jewish Mountain¨. The mountain was called this because of the remains of a medieval Jewish cemetery that was found there. The city of Girona (an hour distance from Barcelona) also has a hill called Montjuïc at the northside of the city, with a similar history; the name is also given after the discovery of a Jewish cemetery that was there. In both cities the’re used to be and important jewish community up until the XVI century.

Directions to the Montjuic Castle

The full address is Ctra. de Montjuïc, 66, 08038 Barcelona. You can go up to the castle in many ways (Get Directions) 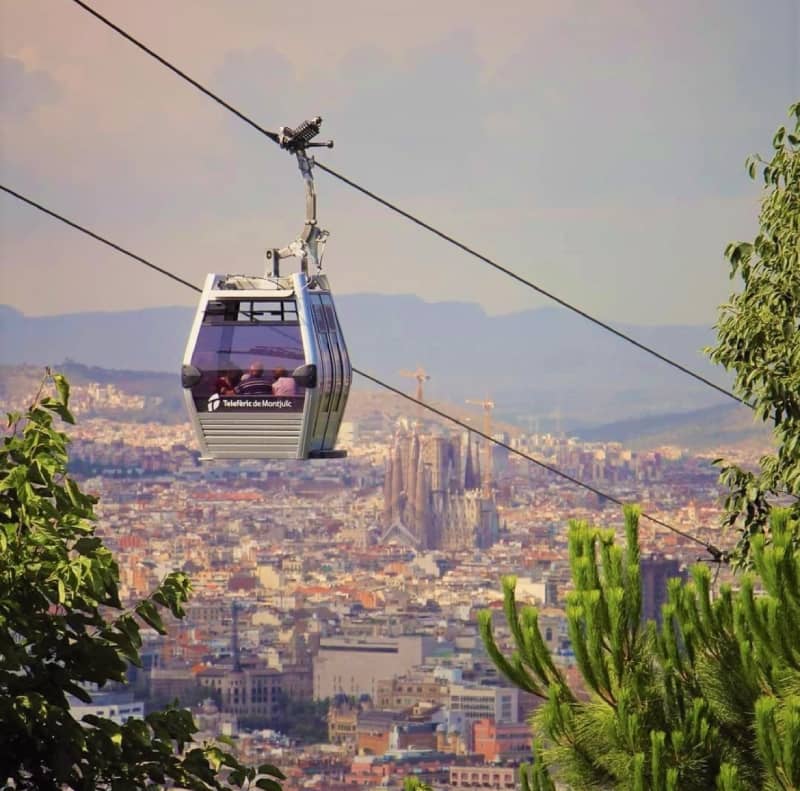 You can either buy tickets online or at the desk at the castle, with prices starting from 4 euros. However, if you visit the castle on a Sunday after 15.00, you can enter for free.
In addition, the entry to the castle is free on every first Sunday of the month.

If you don’t want to enter the castle itself, we recommend you to stroll around the gardens, as you will enjoy panoramic views of the city. There are also other places nearby where you can take in the views, such as from Mirador del Migdia and Mirador de l´Alcalde.

*Disclaimer: Since we are not the official source of information of the museum, please check again if the entry is free, or see the list below at the bottom of the page. 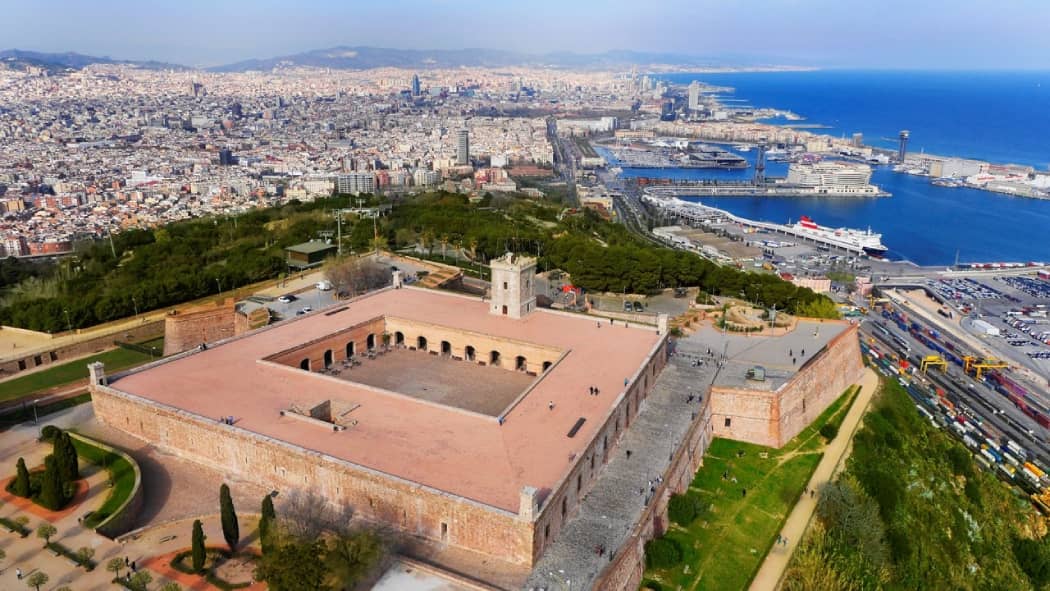 Where to stay during your visit to Montjuic Castle?

As you may have found out, the Montjuic Castle in the city of Barcelona has much to offer. The mountain itself offers many different sites, so you will need more than a day to explore everything it has to offer. Luckily, in the area there are several accommodation options such as the beautiful Casa Vaganto boutique hotel, who are waiting to welcome you for your stay and to advise you during your journey.

We hope you have given you enough information regarding the Castle of Montjuic, and see you soon in our beloved city of Barcelona.