A great event and an unmissable spot in the city of Barcelona is the Montjuic Magic Fountain, or in Catalan, Font Màgica de Montjuic, that offers spectacular shows of water and light. Now that summer is here, the streets are overflowing with people. In a buzzing city such as Barcelona, many summer events and an unlimited amount of outdoor venues are offered to entertain the crowd. When you are staying at our boutique hotel, you will be at a stone-throwing distance from this must-see event.

In this blog, we will cover:

With more than 7 million possible combinations, 3.620 hydraulic valves spew water and 4,000 lights light up the fountain for spectacular 15-minute light shows. The fountain is an impressive 50 by 65 meters, being enormous when looking at it.

The spectacular fountain can be found at the foot of MOntjuic, between Plaza España and the Museu Nacional d´Art de Catalunya (MNAC). It is one of the main features on Avenida de la Reina Maria Christina. The fountain is specifically known for its impressively choreographed water displays which can be seen almost all summer.

Due to its unique design and features, the fountain offers water spectacles of every possible light and color. It results in an amazing aquatic demonstration that never ceases to amaze. 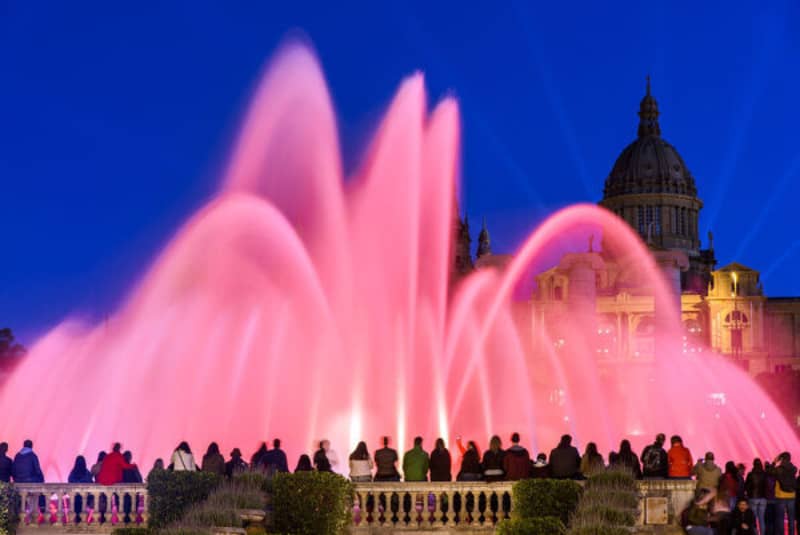 The History of the Montjuic Magic Fountain

The Magic Fountain was designed by Carles Buïgas and it was built in 1929 as part of the International Exhibition which was held in the same year. When work on the 1929 International Expo was already begun, the organizers decided it needed to have something special. Then, Carles Buigas began his plan for a colossal, daring, and costly plan, which would later become the Montjuic´s Magic Fountain.

In under a year, approximately 3,000 workers began making Buïgas idea reality, delivering a mix of light, water, and color together on the avenue that was chosen to be the Expo´s main highway. Each show lasts about 30 minutes up until an hour, which is just enough to fall under Barcelona´s magic spell and enjoy many´s favorite attractions in the city. 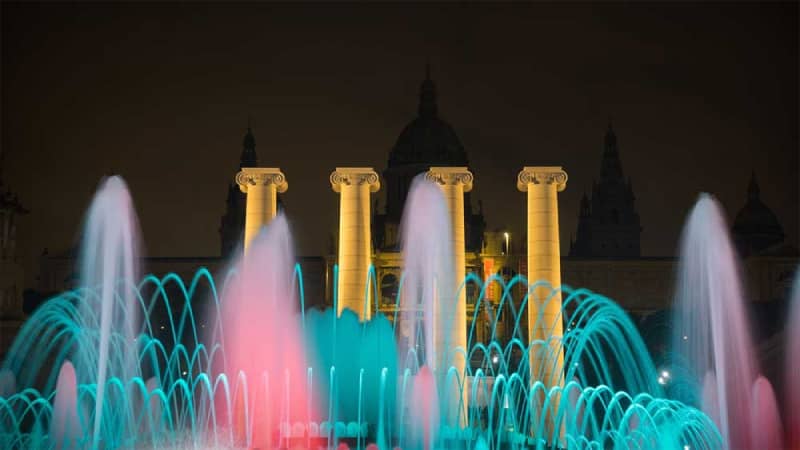 Sustainability of the Fountain

The Use of Groundwater

In the area of the Mediterranean, hydrological sources are precious and scarce, due to its irregular rainfall and periods of drought. Therefore, in accordance with sustainability principles, the Fountain now only makes use of groundwater since 2010 to help save water and be responsible.

Due to Barcelona´s commitment to sustainability values and the climate, the city council has made technical plans to improve the way the city manages its water. The plans aim to reduce water consumption by municipal services. Therefore, in the city´s ornamental fountains, water-reducing measures were taken.

Barcelona´s City Council aims to contribute to the fight against climate change by improving the energy efficiency of its facilities. As can be seen in the timeline, the old lights were replaced by LED technology, because of their low energy consumption levels. There was also equipment for controlling water consumption installed, for major financial- and energy savings. In 2016, the light projectors were also replaced with lower consumption ones, with a saving of over 50% in installed power. 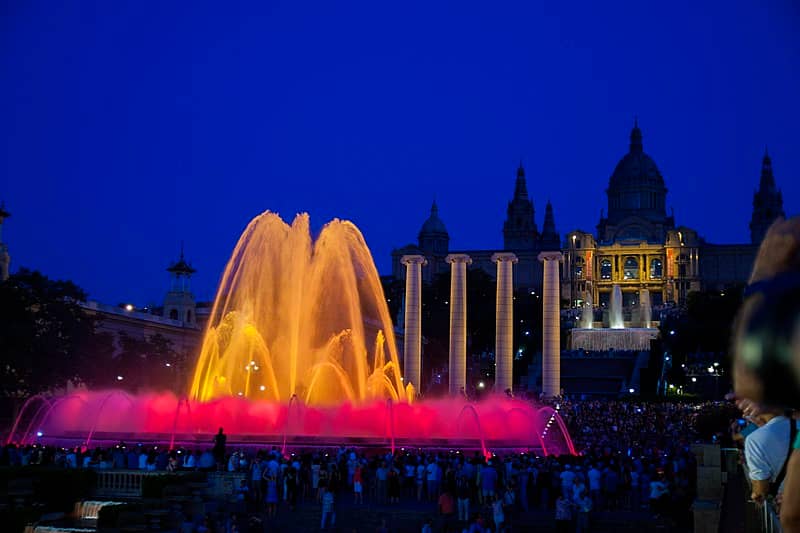 After having to close for two years due to the COVID-19 pandemic, the Magic Fountain shows are back! Currently, the 2022 opening times are:

For more information about the Magic Fountain showtimes, we recommend you to take a look at the officlal website.

For the Magic Fountain Montjuic, no tickets are necessary. You can enjoy a show free of charge. 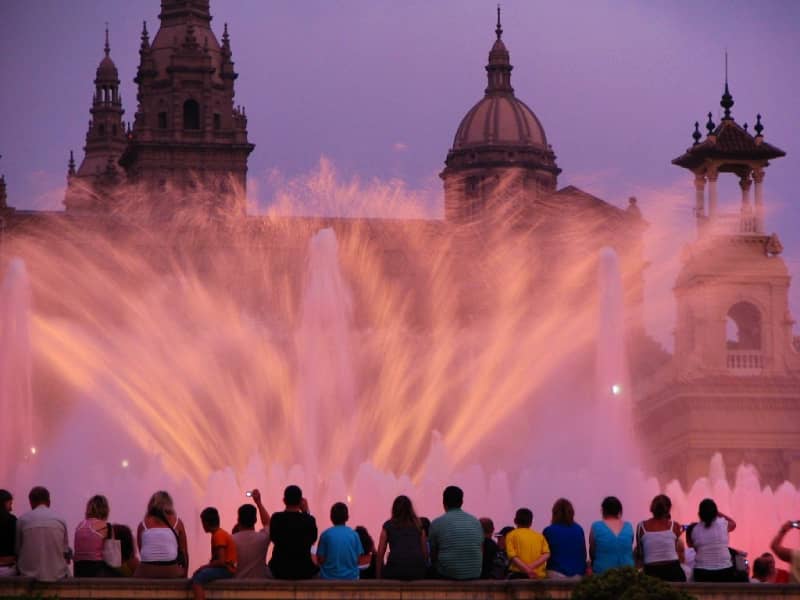 How to get to the Montjuic Magic Fountain

The address of the Magic Fountain is Plaça de Carles Buïgas 1, 08038, Barcelona.

You can get there by metro, car, or bike.

Every weekend offers new opportunities to spectate the magic fountain. We hope we have provided enough information, but if you still have questions, do not hesitate to ask us questions during your stay at our boutique hotel in Barcelona!

We hope you enjoy your visit to the Magic Fountain of Montjuic and be a part of your stay!