El Molino is a well-known art space concept in Barcelona. It is a wonderful venue full of joy, laughter, and spectacles from the many events and concerts hosted there. Located right in front of our Boutique Hotel on Parallel Avenue, in the quarter of Poble Sec, a bustling neighbourhood full of cafes, restaurants, viewpoints, and offers many things to do. In short, El Molino is a great way to spend the afternoons and evenings in Barcelona. If you are interested and want to know more, then keep reading and scroll down below.

El Molino, the temple of culture and freedom in Barcelona

On the pittoresque square of Plaça de la Bella Dorita on Avinguda Parallel, you can find the theatre of El Molino. Since the renovation and reopening in 2010, the red blades are lit up every night, which serves as a beacon for everyone who wants to experience a great night with spectacle shows, fun, drinks, and good food.

El Molino is one of the oldest and most important theatres on Parallel Avenue, and for as long as it has existed, it offers music halls, burlesque shows, flamenco shows, and it also functions as a restaurant and nightclub. It is probably the most transgressive space in the city, using its unique language of art and freedom that inspire all spectators.

The Building and its Interior

The theatre building is a versatile space, with a capacity of 250 people. It has a transformable stall, using mobile platforms that change the space during the performance, and two small amphitheatres.

There is a lovely cocktail bar on the third floor of the building, separate from the main room. In this bar, there is a large black marble bar subtly lit and the space is complemented with black-and-white photographic artworks. Furthermore, the wall is decorated with a golden list of all the characters that have acted in the old Mill. 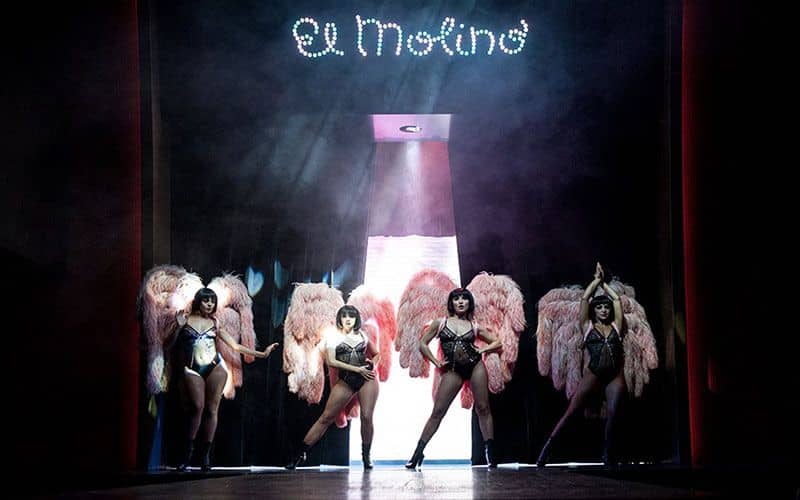 The History of El Molino

At first, the theatre was called La Pajarera and went from being a tavern to a flamenco bar. Then, in under ten years, Avinguda del Paral·lel was filled with light, joy, and culture during the construction of theatres and cafe concerts. It was expected that it would be one of the places with the most shows in Europe.
When seeing El Molino Barcelona, you probably also think about the Moulin Rouge in Paris. A clear reference was made to the popular venue since in 1908, El Molino became Le Petit Moulin Rouge. After the war and Francoist censorship, it was forced to change its name to El Molino, in Spanish.

In the past, diverse shows have been done, such as El Molino ON and Cabaret Experience, which are cabaret shows with glamorous burlesque and acrobats hanging from the ceiling. Also, the venue hosted Rumba Experience, which is a rumba dance party; SWING, the show, which is a show about fantasy, humour, music, and dance. The Theatre also hosted several blues shows like the Concert Big Mama & Tofol Martinez and the Concert Al Sanchez & The Blues Workers & Fredy García. El Molino was the chosen venue to host several editions of the Barcelona Burlesque Festival, which is, as the name implies, a burlesque festival.

If you are curious about the upcoming events at El Molino, please check the billboard for new events and shows that you can attend this mythical space for the culture of the city.

How to get there and ticket prices?

Currently there are no new shows programmed but check better the billboard to see when will the venue host new shows as well for pricing and buying tickets.

A visit to El Molino Barcelona can easily be combined with a visit to a Poble Sec restaurant, or a bar, since many are in the neighbourhood of Poble Sec. 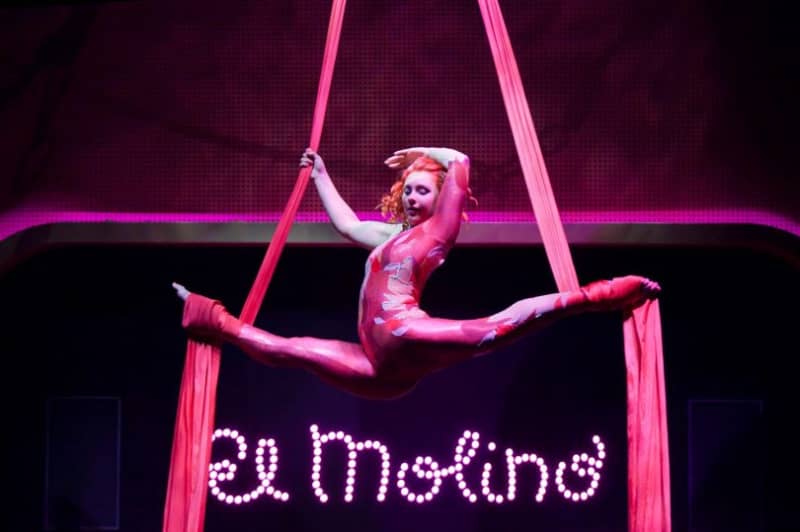 Even though there are more than enough shows to entertain yourself with, the building itself is also a spectacle itself. If you are looking for a place to stay close to the venue, our boutique hotel is just a few feet away, and from a diverse set of our rooms, you can even see the theatre out of the window!

We hope we have given you enough information to support your visit to this grand cabaret theatre.