The Avinguda Parallel, also called the little Broadway Avenue and Avenue of the Theatres, as you can find many theatres and some clubs where to attend a play, a concert or party all night long, is one of the main arteries of the city. Officially opened in 1894, it is a big multicultural avenue where you find great entertainment, cultural and gastronomical offers for its citizens and Barcelona’s visitors. And the best part is that you won’t have to walk very far from our beautiful boutique hotel since we’re conveniently located in its avenue’s heart.

The name of this avenue isn’t just a coincidence, as its layout coincides with a terrestrial parallel, specifically 41º22’34 “; it serves as the physical unification of the neighbourhoods of Raval and Sant Antoni, with Poble Sec and Montjuïc. Since its origins, the avenue was primarily linked to the world of entertainment, full of cabarets, theatres and a variety of halls filled this avenue with life and joy, especially during the golden age of the theatres in the first half of the XX century.

But this avenue is much more than just entertainment theatres. Besides being a beautiful drive that takes you from Plaça Espanya to Plaça Drassanes where you find Barcelona’s harbour, you can find ancient sites, parks and delicious restaurants where to delight your senses with the big variety of gastronomy the neighbourhood has to offer. It is a joint of multicultural setting that you cannot miss when visiting the city.

It is quite surprising to find, in the midst of the noise and urban fabric of the city, a Romanesque monastery that preserves all its architectural and spiritual essence. There is no exact data on its origin, although it is assumed that it was founded at the end of the 9th century. This date is established by the stone grave found in the monastery corresponding to the count of Barcelona Wifredo II Borrell, son of Wifredo I el Velloso, who died on April 26, 911. It is without a doubt one of the best-kept vestiges secrets of the Catalan middle age and as well one of the best-preserved romanesque buildings.

The cloister of the monastery is quite small and was built in the 13th century. The building is surrounded by a garden in which is the old abbey house built between the 13th-14th century and the beginning of the 18th century. The church plan has a single nave with a Greek cross plan. It has three apses and a dome with a transept. The interior of the church is covered with barrel vaults. The portal of the church is framed by two columns topped by two ancient Visigothic capitals made of marble. In the tympanum appears an image of Jesus surrounded by the apostles Saint Peter and Saint Paul.

A little hidden oasis gem in the big bustle of Avinguda Parallel that you shouldn’t miss visiting when checking the neighbourhood. 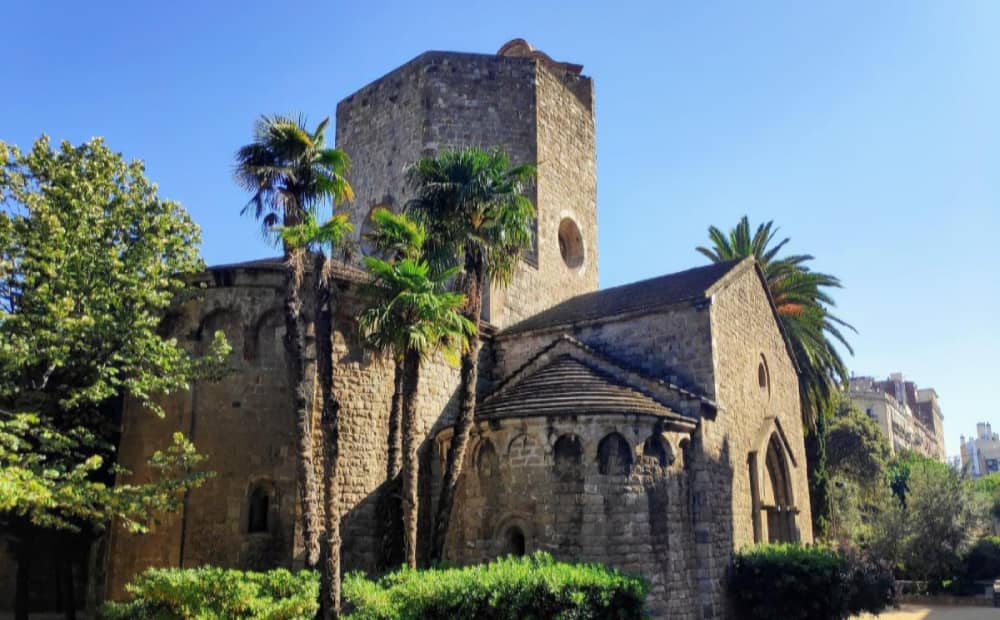 Between the maritime façade and the Montjuïc mountain you can find the Maritime Museum, also known as Drassanes Reials, a vestige of the Medieval maritime Barcelona. The splendid naves of the buildings, clean of columns, with high ceilings and gigantic arcades, which used to house the construction of warships, are today a space dedicated to the maritime culture of the city, a museum through which pirates, Vikings, remains of the Titanic or great scientific discoveries, exhibitions always with the sea as a connecting link. The Barcelona Maritime Museum is a centre open to everyone, a space where you can enjoy the marine, interactive and visual world, a must visit in the city to contemplate our history. 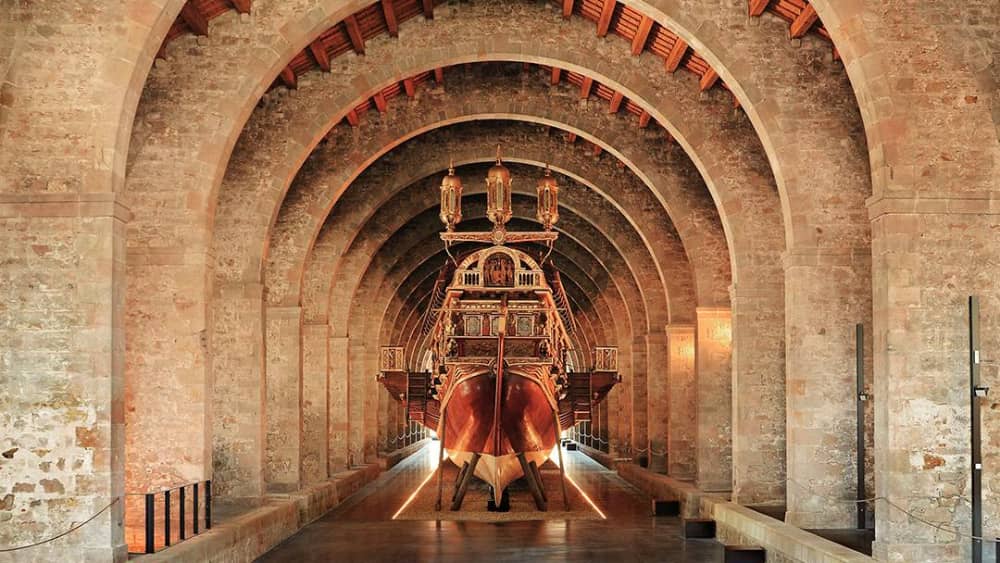 These gardens owe their name to one of the most representative elements of the Poble Sec neighbourhood: the three imposing chimneys of the old La Canadenca, a former traction power plant. This garden occupies part of the space where the former Barcelona Traction power plant, Light and Power Company, Limited, popularly known as La Canadenca.  It is sheltered and is a very urban space for free time and rest for the neighbourhood. If your think is doing tricks and jumps with the board, then this is your place to practice with the skateboard. 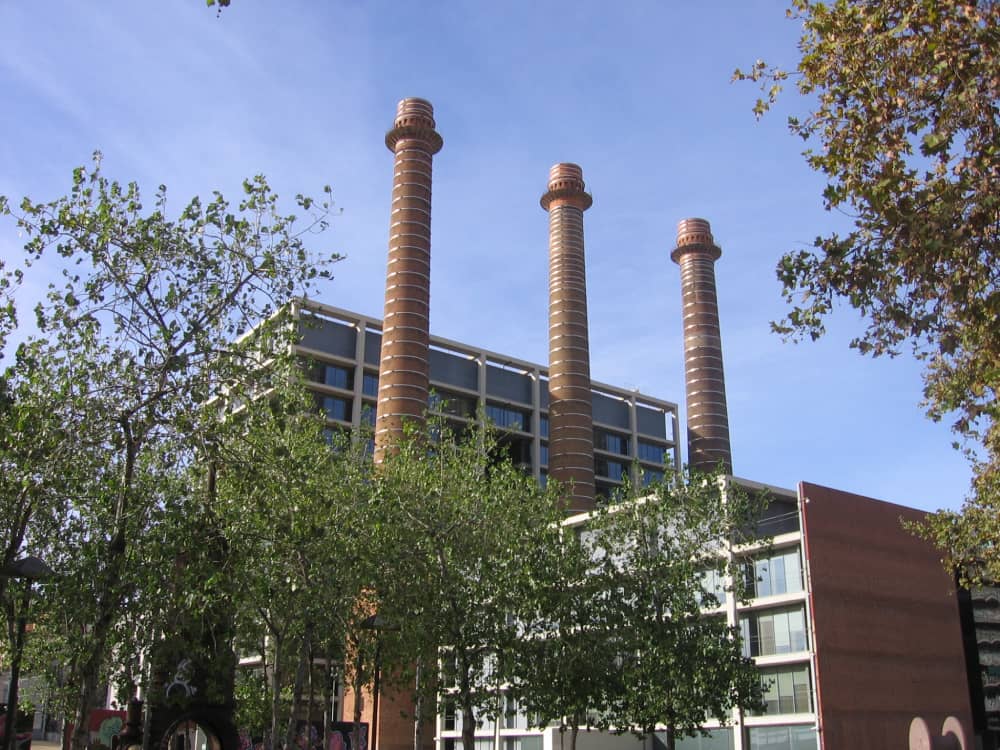 These gardens belong to the Maritime Museum of Barcelona, which is one of those places that still remain unvisited by most tourists that visit the city, even by many residents. The gardens of Baluard de Drassanes dates back to the 18th century, built between 1775 and 1776, to strengthen the defences at a time when different wars were taking place with the French and the Carlists, and the city faced the constant threat of attacks by corsairs. Built on top of another old bastion; you can still find traces of an old wall of this former bastion, which gives you more idea of what the medieval city was like. It is a beautiful green spot that will transport you to a different place, you will forget you are in the city centre.

This historic Barcelona theatre opened its doors in 1903. Currently, it is mainly focused on comedies and local theatre.

Located literally one step away from our Casa Vaganto, the Victoria Theatre is another veteran. Founded in 1905, it has traditionally been a variety show hall. This old venue was recently acquired by the renowned Magician el Mago Pop, aiming to bring it back to its golden era. Mainly you can see musicals like Grease or Billy Elliot currently. 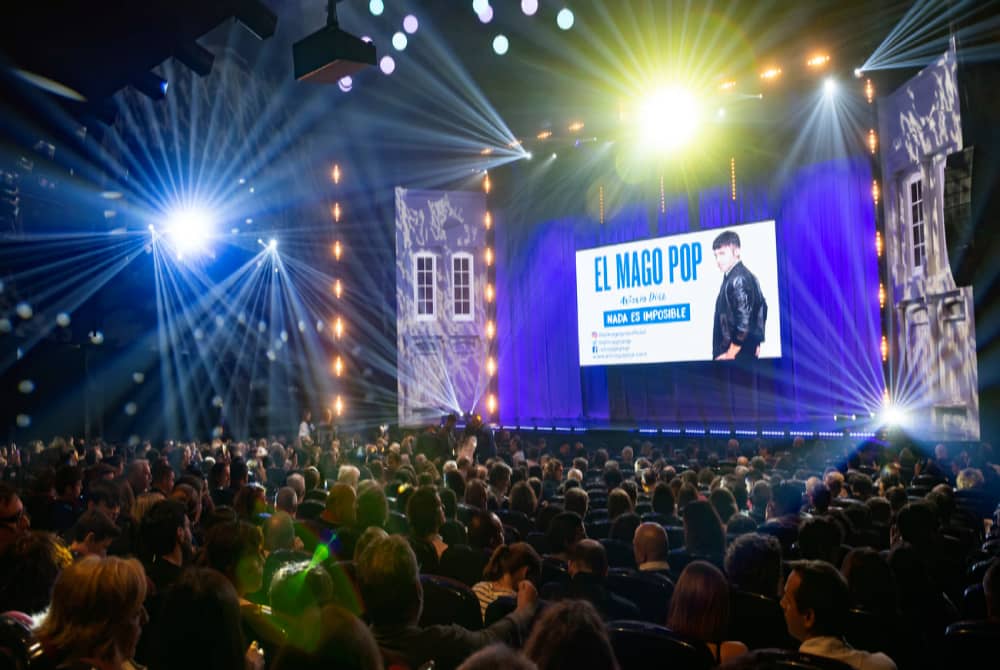 The Teatre Apolo has been active since 1904 and has always been a benchmark in the world of entertainment, especially musicals. The current shows you can watch are Fama and Coco the Musicals.

El Molino is another treasure of Parallel, inspired by the famous Parisian Moulin Rouge, it is the most famous cabaret in town. Opened in 1898, it had its biggest splendour time in the past century. It has always been considered a space that transgresses the permitted limits, with a great capacity to create its own languages, with a double meaning, with the motive of being able to escape the censorship of each era. The characteristic red windmill  which reminds you to the Parisian Moulin Rouge, it was the most famous of the Parallel theatres, being the centre of this iconic avenue that was once known as “the street of the theatre of Europe”, due to the great concentration of scenic spaces it held. Today the performances are still running to please locals and tourists that want to live a real Cabaret Experience.

One of the biggest epicentral culture space in Barcelona, it is the most plural and polyhedral space for performing arts and music in the City; a space to dream of and enjoy attending a great concert. The good thing about this venue is that is always busy and there is a show almost every night. The music genres of shows they host are quite diverse, so we’re sure you will enjoy attending a concert of an artist you like that performs in the city when in time of your visit.

The legendary “temple” of music in the neighbourhood. This old club has more than 80 years of history and recently got restored, is a must-visit for everyone seeking a fun night or to attend the multiple concerts they host throughout the year. The venue was transformed from a classical dance theatre into a modern concert hall, reinforcing its international reputation thanks to its diverse programming. Apart from being a Concert venue, it is as well a very popular nightclub in Barcelona. They host from themed parties to indie, electronic and other musical genres concerts in a mythical theatre with a retro style. 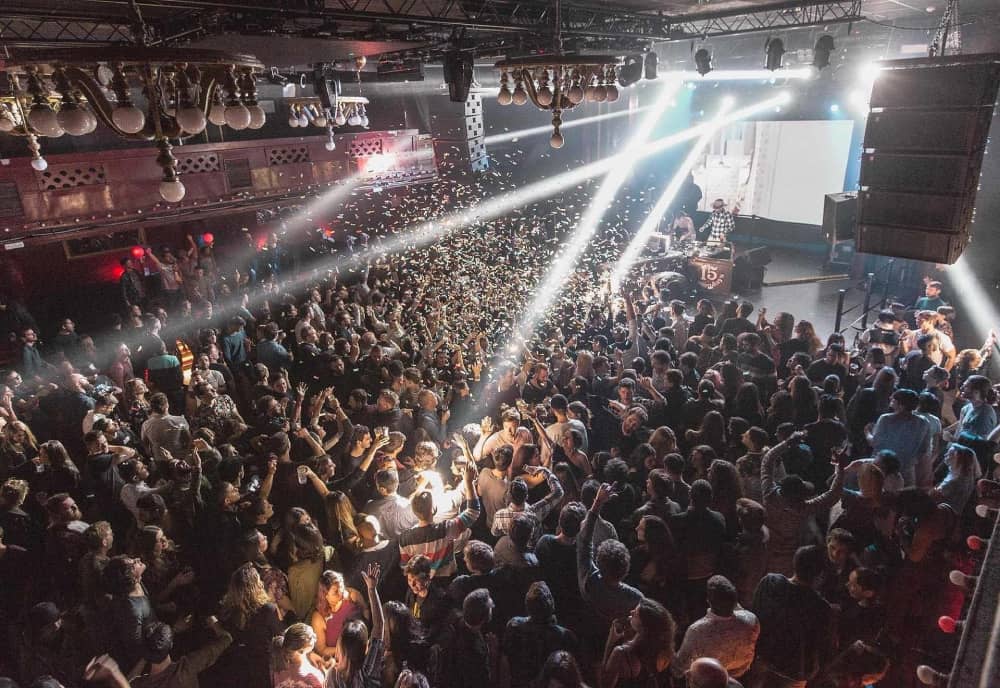 Fira de Barcelona is the trade fair institution of Barcelona. Every year it organises and hosts more than 150 trade fair shows, conferences and corporate events of varying frequency. It is, therefore, the largest and most important fair institution in Spain and one of the most important in Europe and in the world. This institution has gained great recognition and in the past years has placed the city on the world map as a great town to host big events, in fact, it’s among the most prestigious event destinations in the globe.

If you are in town for some of the trade fair shows, then Casa Vaganto is a very convenient option for you since it is located very close, around a 10 minutes walk. Whether your visit is not related to business or a convention, we recommend you to still walk around Avinguda Maria Cristina and check which exhibition is currently running, you might be surprised and want to check it out. Avinguda Maria Cristina and Plaça Espanya are as well one of the main sites in the city, where you can find the Magic Fountain and the MNAC Museum, without forgetting the spectacular views over the city that you can enjoy outside of it.

If you have liked this entry, we suggest you keep updated with our blog since we can provide you with plenty of ideas and more plans for you to do in the city and surrounding areas. If you’re are looking for a place to stay downtown, there’s no better spot to relax than Casa Vaganto. You should definitely consider it as it’s the best option right in the middle of Avinguda Parallel.