Home Blog Plaça Reial de Barcelona: What to Know before You Go

May 29, 2020 By Casa Vaganto Blog, Monuments, Tourist Attractions No Comments
« Mercado de La Boquería: Barcelona’s Most Iconic Spot
How they Celebrate the Festival of San Juan in Barcelona »

One of the not to be missed places in Barcelona is the Plaça Reial. Thanks to its central location, just steps away from La Rambla, it’s not unusual to end up there. In fact, stumbling across this plaza in the middle of any walk is a wonderful surprise thanks to its consistently animated atmosphere. The Plaça Reíal is just a short walk from our guesthouse in Barcelona’s centre, making it a very convenient choice if you want to stay somewhere with all Barcelona’s main tourist attractions close at hand.

The Plaça Reial is located on an enormous plot of land that up until the 19th century was occupied by the old capuchin convent of Santa Madrona. In the era of confiscations, many religious buildings were appropriated and  this convent  was  no exception. The reality was that the land was empty, and a few years later they decided to build the Plaça Reial in a French neoclassical style.

In the heart of the plaza you’ll find the Fountain of the Three Graces, which contains the goddesses Aglaia, Eufrosine, and Talia. Other iconic symbols of the plaza are the six-armed streetlamps, which were designed by Gaudi. You’ll also notice the palm trees that adorn the plaza, each of a different height.

All these elements blend with one of the most recognizable symbols of the place: the half point arches that surround it. Behind them you’ll find a good number of bars where you can sit and have a beer or soft drink accompanied by a snack or tapa. The terraces, always full, add a sense of dynamism to this plaza that never seems to sleep.

The result is a Barcelona spot that perfectly combines the elegance of the neighboring porticoed buildings with the increasingly bohemian atmosphere. Plus, once night falls the plaza becomes a meeting place for young people frequenting the bars, restaurants, and leisure spots in search of the best night life.

How to get to the Plaça Reial in Barcelona

The Plaça Reial is located near La Rambla, just on the other side of the Gran Teatre del Licey. It is close to several other tourist attractions such as the wax museum, the Palacio Güell, and the Basílica de Santa María del Pi.
You can easily walk there from Hotel Casa Vaganto (13 min walking), or get off at the Liceu metro station (L3) if you are arriving from another part of the city. 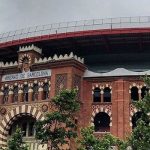 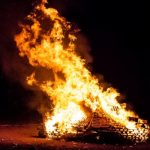 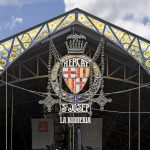 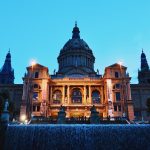 Museum Night in Barcelona: When it is and What to Do 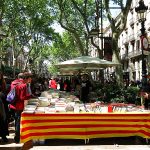 How they Celebrate Sant Jordi’s Day in Barcelona