May 15, 2020 By Casa Vaganto Blog, Eating Out, Market, Tourist Attractions No Comments
« Museum Night in Barcelona: When it is and What to Do
Plaça Reial de Barcelona: What to Know before You Go »

The Mercado de La Boquería is one of the places on every list of recommendations for Barcelona. It is a spot beloved by both locals and tourists alike, a space that delights your sense of sight and smell, not to mention taste. It is strategically located in La Rambla, so there’s no excuse not to immerse yourself in the most special market in the capital city. The best part is that, if you stay at central boutique hotel in Barcelona, you can get there in just 15 minutes of pleasant walking.

To understand what the Mercado de La Boquería represents for Barcelona, it’s important to understand its history. It is located in the same place as the convent of San José, built in the late 16th century. In the area around the convent a traveling market has been gathering for centuries where ranchers, farmers, and tradespeople would come to buy and sell their products.

In the year 1835, the convent of San José burned down. A year later, it was decided that the tradespeople’s stands would be moved there from La Rambla. Since then, it has been called the Mercado de San José, in honor of the old religious building. However, although that is the official name, everyone calls it the Mercado de La Boquería. Why? Apparently, it is because they used to mainly sell goat meat (boc in Catalan), from which the modern name is derived.

What to do Mercado de La Boquería

The Mercado de La Boquería occupies a space of over 2,500 square meters, where you can find 300 stalls selling various products: meats, preserves, dried fruit, fresh fruits and vegetables, legumes, canned foods, fish and seafood, etc. But the market also hosts a good number of bars and stalls that serve prepared food to enjoy right away. It’s a good idea to arrive hungry, because you can be certain that you will end up giving in to one of the many temptations on display there: juices, cut fruit, sweets, and all manner of snacks.

The Mercado de La Boquería is open Monday through Saturday from 8:00 to 20:30. Any time is a good time to go to one of the places with the best pedigree in Barcelona. A visit to the Catalan capital that doesn’t include this market would be incomplete! Enjoy your stay at our design hotel on Parallel. 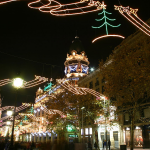 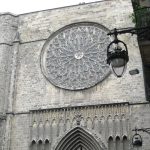 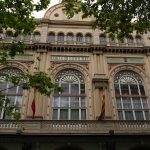 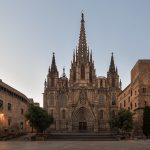 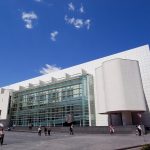 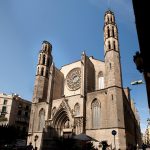