Barcelona’s Teatre Grec: an unexpected open-air theater on a mountain in Montjuïc

June 20, 2019 By Casa Vaganto Blog, Events, Festivals, Monuments, Tourist Attractions No Comments
« The ultimate guide to go for Tapas and Vermut in Poble Sec
Grec Festival de Barcelona: 5 Reasons the 43rd Edition is not to be Missed »

The best thing about Barcelona is that it is full of unexpected treasures. You can find these lesser-known corners just by keeping your eyes open, but they are nevertheless surprising. This is the case for the Teatre Grec, located on the top of Mount Montjuïc. This theater is a true discovery, especially on summer nights when you can see the various shows in the open air. Still haven’t been there? When you stay at our boutique hotel close to Montjuic you will have this and many other prime Barcelona locations within reach.

With seating for 1,900 people, Teatre Grec is one of the best-kept secrets of Barcelona. It is an amphitheater that was built in 1929 modelled after the traditional Greek amphitheater, from which it takes its name. The architect Ramón Reventós designed it for the Barcelona World’s Fair, held in that same year.

The Teatre Grec was actually inspired by the Theater of Epidaurus in Athens. Its location, on the slope of an old quarry, makes this Greek-inspired theater truly come to life. In the center, of course, there is a stage where various shows are put on during the summer. 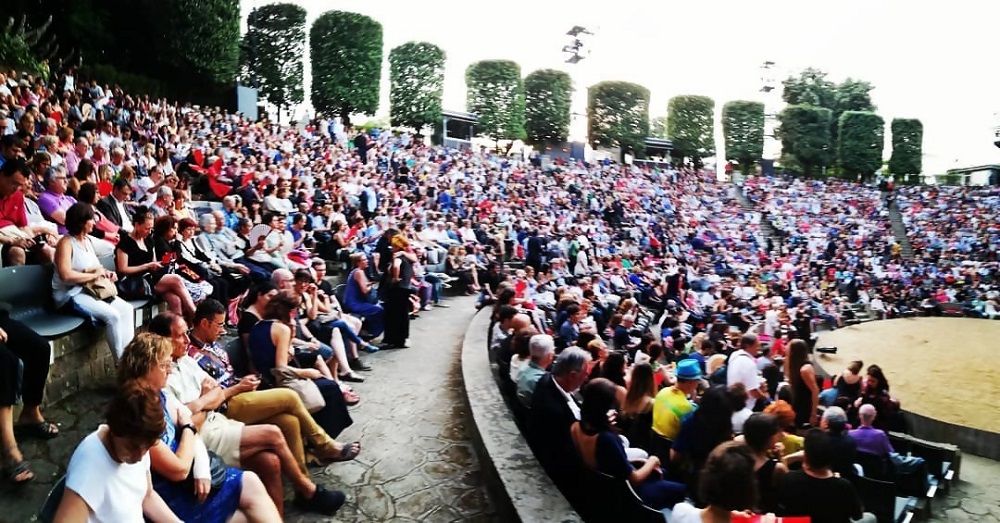 The environment around this theater couldn’t be more special. It is surrounded by gardens that camouflage it and share its name.

Host Theater for the Festival Grec

Although for most of the year the Teatre Grec is a quiet, calm place to visit, when summer comes it shows its more dynamic side. Every summer since 1976 it has hosted the Festival Grec, an event dedicated to the performing arts, including theater, dance, music, and the circus.

And with good reason; the festival is one of Barcelona’s cultural events par excellence, a date no one wants to miss. For the current 2019 edition, the first night will be June 26th, featuring the Kronos Quartet, a musical group from San Francisco. The quartet will sound the starting gun for a festival which continues through the end of July.

Getting to the Teatre Grec and its gardens is as easy as taking the Montjuïc funicular at the Parallel metro station.

Without a doubt, the most cultural summers can be found in Barcelona! We are waiting for you at our luxury bed and breakfast in Parallel to make your stay an unforgettable experience.