May 15, 2019 By Casa Vaganto Blog, Monuments, Tourist Attractions No Comments
« Coni’s Favourite Places in Barcelona
The ultimate guide to go for Tapas and Vermut in Poble Sec »

To enjoy Barcelona from the heights, nothing better than going to one of the many viewpoints that are in the Catalan capital. From any of them, it is possible to admire the city from a bird’s-eye view and its main monuments, as if they were pieces of a perfect model. One of the most special is the Montjuïc viewpoint, located on the homonymous and most famous mountain in Barcelona. If you are going to stay at Casa Vaganto, you should know that this pretty viewpoint is just a step away from our luxury bed and breakfast in Parallel.

To speak of the viewpoint of Montjuïc is to speak of the castle of the same name. This fort that is located in the highest part of the mountain and has one of the best panoramic views of Barcelona. This castle exists for more than 300 years and was built on the remains of an old watchtower.

The Castle of Montjuïc has been the scene of different war conflicts throughout its history. It had a capital role during the War of Succession or the Spanish Civil War for example. 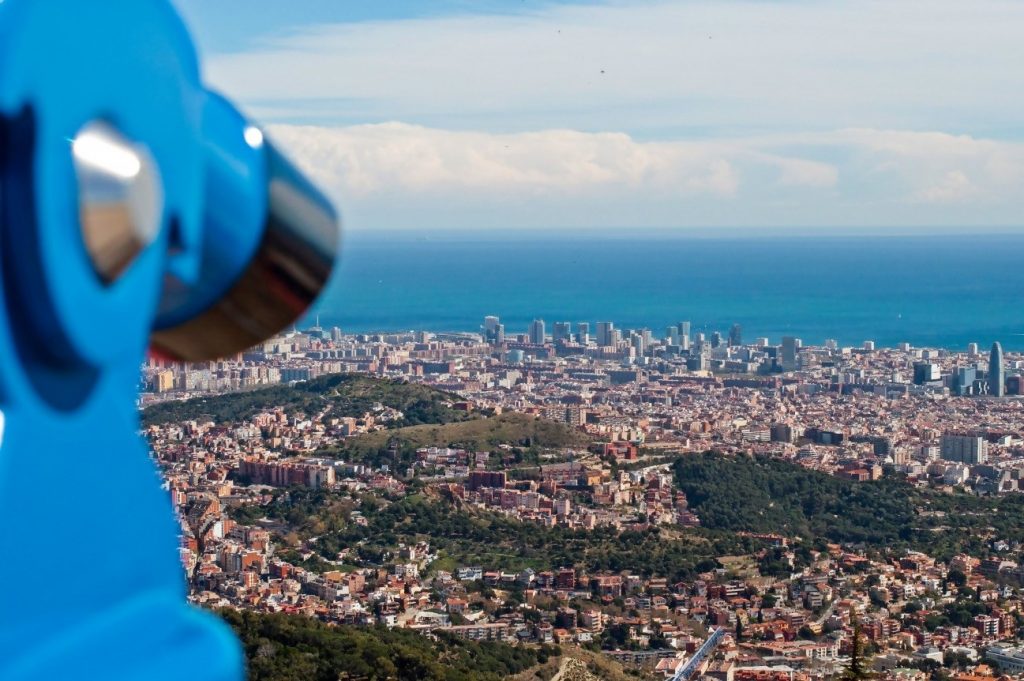 Its viewpoint does not go unnoticed either among the inhabitants of the city or among visitors. It offers magnificent views of Barcelona from different angles. Especially at sunset, when the sky is dyed a thousand colors and these extend to every corners of the city.

Other viewpoints of Montjuïc: the viewpoint of the Mayor

Although it is the best known viewpoint of the Castle, the truth is that the mountain of Montjuïc is full of corners from where to observe some privileged views of Barcelona.

One of those places is the viewpoint of the Mayor, located next to green spaces, as idyllic as the popular Jardines de Miramar. This viewpoint offers the possibility of contemplating the Catalan capital from a unique perspective. Above all, it is worth admiring the views offered by the port of Barcelona.

A sculptural group called Sardana (the folkloric dance par excellence of Catalonia) is responsible for this amazing viewpoint. 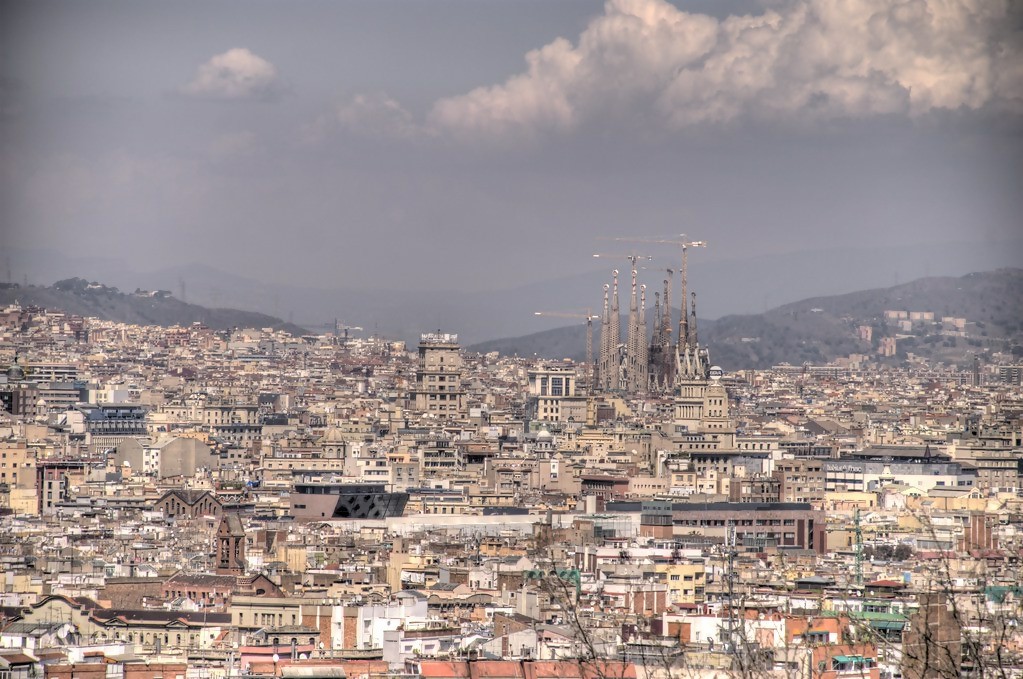 How to get to Montjuïc viewpoint

To get to Montjuïc viewpoint, there are several options. If you like to walk, you can reach the base of the mountain on a pleasant walk from Casa Vaganto, boutique hotel. If the ascent to the viewpoint seems hard, do not hesitate to take the cable car from Parallel.

Get off at the Castell stop to get a panoramic view of Barcelona from the castle. On the other hand, if you get off at the Mirador stop, you will have the opportunity to enjoy the views of the Mayor’s viewpoint.